Omnigen is a team of ambitious scientists who all have a background in genetics and/or bio-informatics. Omnigen tries to find the answers to medical, genetic and biological questions from different fields with the help of the latest scientific and technical findings.

The development and results of biological researches have accelerated the past few decades. Omnigen has the vision to bring these developments and results of scientific research closer to society and apply this to services and products that will benefit citizens, consumers, and patients.

The mission of Omnigen is to develop the treatment methods of tomorrow. For example, to make the development of new medications cheaper and more efficient by:

Omnigen is aiming to use biological knowledge and research in a positive and useful way for society. We do this by, for example, bring the results of scientific research closer to the broad public. We also develop methods to make the treatment of illnesses better and more efficient and we do research to accelerate and professionalize the development of partners.

The group of Omnigen BV is characterized by different operating companies who each have their own different theme or focus point but are bundled together in the parent company Omnigen. 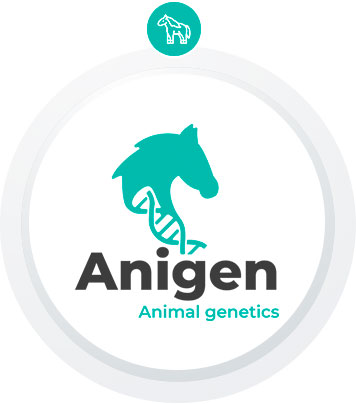 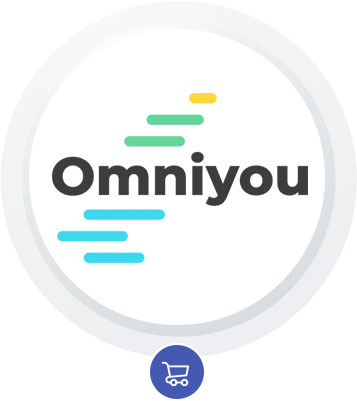 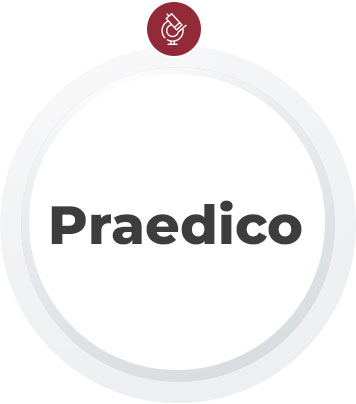 Omnigen has the goal to exploit Personalised Medicine, Clinical Diagnostics and innovative (biological) research, in a way that has a positive influence on society and on the public health. They do this by using their knowledge and expertise for medical and scientific research, for services for the farmaceutical industry, and the development of (computational) methods for better treatments of illnesses for patients.

Omniyou is aiming to market Direct To Consumer (DTC) testing in a creative way to ensure that the broader public can get to know the results of scientific research in a playful, easy to understand and informative way. The underlying goal is to enable people to live a healthier lifestyle by having biological self-awareness.

Anigen applies the acquired knowledge and expertise of Omnigen to services and products for pets/animals. They do this by developing new biological tests but also by independent genetic research. The goal is to exploit this on, for example, the para-veterinary market and the animal-oriented research departments of universities. Anigen does this to improve the lives of pets/animals and to improve the professional breeding of pets/animals.

Praedico is aiming to develop pharmaceutical compounds to make the production of medication more efficient. This will help to bring medication to the market and patients faster and cheaper. Also has Preadico an IP and patent that has the potential to identify tumors that are not or not easy to identify, in a non-invasive manner. This way, patients will be able to get treated in a more efficient and in an individual (tumor-specific) way.

Berry is the founder of Omnigen and works with every aspect of the company. He has a background in both bioinformatics and software development.

Marije is guiding our team of researchers and specialist with her background in biomedical sciences and with her experience in scientific research.

Inge has been responsible for the complete (financial) administration of Omnigen for several years. In her role as Administrator, she is the central point of contact for both internal- and external contacts. She is also a Privacy Officer, in which role she supervises the way Omnigen handles confidential information.

As the sales and account manager, Henry is part of both the product development and product content. His role is to translate the wishes of consumers to practical solutions. He also supports the scientific research team.

In conversation with: Henry Cheung

Passionate, purposeful, people person and broadly interested. These are the words that stand out when describing our sales- and account manager and supportive scientific researcher Henry Cheung. “My personal interests and passions fit very well with what Omnigen stands for.”

Before Henry ended up at Omnigen, he already had many different experiences under his belt. “It started with studying Laboratory Education in Leiden. But then I decided to switch to Biology, with Experimental Animal Sciences as a major”, Henry says. After his studies, Henry worked at the Leiden University Medical Center for a long time, mostly in the cancer research world.

“In this world I have contributed to various scientific articles. But my role was mainly that of an analyst. Choosing between practical work and theory-oriented work has always been an easy one for me.” Ultimately, Henry replaced research with sales. "Think of selling antibodies, proteins, special consumables or chemicals to different institutions." And during his last sales job, he suddenly came face to face with the CEO of Omnigen, Berry Kriesels.

"That conversation went very well, selling my products just a little less." Berry was more interested in what Henry was doing outside of work. "I told him about my passion for nutrition, the fact that I am a sports instructor next to my job and that I had a biological study background." For Berry, these were the ingredients for a sales and account manager he was looking for at the time. “A fun fact: to this day, in addition to being an employee, I am also Berry's sports instructor”, Henry smiles.

As a sales and account manager, customer communication is one of his primary responsibilities. "This ranges from promoting the services of Omnigen and its subsidiary Omniyou to helping customers when they run into problems." But that is not all. Henry also supports senior researcher Lody when needed. Social media and sending DNA kits to Omniyou customers are also added to his tasks list.

Where does Henry get the most energy from? “That would be communication with people. I often present our products and services as a representative of the company. At times like these, I can convey my passion to others. That is really the best thing.” Henry has a mindset determined to help people, which he applies everywhere. Also when it comes to the Omniyou products.

“Our Omniyou DNA tests are there to help people adopt a healthy lifestyle. All around you, you see everyone getting a little ill because of today's society. Poor nutrition and little exercise are the two biggest culprits in this. Genetic profiles that roll out of the DNA tests are guidelines for certain characteristics, but not determinative. With a healthy diet and sufficient exercise, you can guide your characteristics even more, and in this way prevent disease. "

Whether Henry himself has undergone a DNA test as well? Henry laughs: “I certainly did. This mainly resulted in confirmations. For example, I have tried a low-carb diet in the past. This made me super miserable. My DNA says that I actually need a lot of carbohydrates.”

‘Prevention is better than cure’, as the old saying goes that conveys Henry's personal vision. But he also propagates Omnigen’s vision to bring scientific developments closer to society. “With the DNA tests we offer people the opportunity to get to know themselves better, and to adopt a healthier lifestyle as the best possible outcome.”

Passionate, purposeful, people person and broadly interested. These are the words that hint at Henry’s comings and goings. Also when it comes to his future perspective of Omnigen. “In five years' time, Omnigen will be bigger and further developed. Who knows, maybe we will be internationally active.” With Henry in our team, everything is possible.

Jasper mainly works on Google Cloud projects but also helps out with research-oriented projects. He has a lot of experience with genetic data processing and ancestry analyses.

Timothy is experienced in data science projects and works on machine learning solutions for the Life Sciences field. He also develops cloud implementations of these solutions and other scientific software.

Matthijs mostly works on Google Cloud projects. Next to that, he also develops software to facilitate private genetics research.

Guilhem is experienced in designing solutions and corresponding Google Cloud implementations for scientific needs in the Life Sciences field. He has experience in different types of projects, ranging from making internal tools customer-friendly to developing a proteomics pipeline.

Duncan joined the team as a trainee with a background in bioinformatics. As a result, he has some genetic analysis experience under his belt. Besides this, he implements various cloud solutions for processing genetic data and providing data-driven business insights.

Myrthe is conducting her doctoral research within Omnigen on the effectiveness of chemotherapy in patients with pancreatic cancer in collaboration with Erasmus University. For Omnigen, she is involved in the development of a reliable model for personalizing treatment options for pancreatic cancer patients. She has a background in biomedical sciences and bioinformatics.

As a Science Communication intern, Annelies works on Omnigen's vision to bring biological developments and outcomes closer to society. From various succesful projects to genetic interpretation, she translates scientific information in an understanding way. Her internship is part of the Master in Biology, Science, Communication & Society at the University of Leiden.

As a bioinformatics intern, Lieke researches whether adding pharmacogenetics as a new product or service is beneficial for Omnigen. It will consist of a new pipeline function that can determine the dosage of (preselected) medicines. The graduation internship is part of her bachelor in Bioinformatics at the Hogeschool Leiden.

As a bioinformatics intern, Mariëlle researches the correlation between DNA analyses and phenotype information provided by the horse owner. In addition, she will conduct a literature study on pre-implantation genetic diagnostics in order to select possible equine embryos with desired genetic traits for insemination. Her graduation internship is part of the bachelor's degree in bioinformatics at the Hogeschool of Leiden.

As an intern within the PITA project, Michal is involved in pancreatic cancer research and currently doing his thesis on drug response prediction using recent advancements in deep learning. The internship is part of his Bioinformatics and Systems Biology master's degree at the Vrije Universiteit Amsterdam.