Part I: Liver cancer or liver damage? | A search for biomarkers 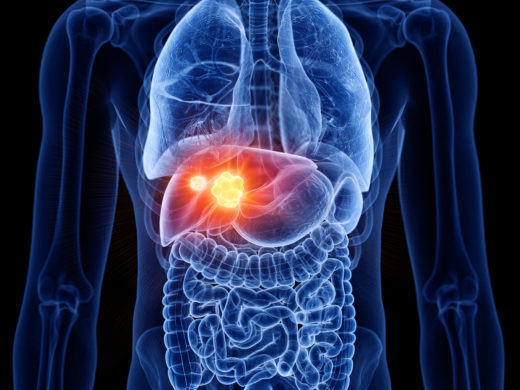 Approximately 29 million people in Europe suffer from chronic liver disease. This condition carries a higher risk of liver cancer. Levels Diagnostics, together with Omnigen B.V. and SG Papertronics, hopes to develop a test to detect early liver cancer among these patients. “Capturing people at a stage where surgery is still possible is the most important goal that we want to achieve.”

The chemist with a passion for entrepreneurship, Coen Breedveld, founded Levels Diagnostics about five years ago together with former fellow students. Within the company, the search for protein biomarkers is central. “We are looking for biomarkers that can identify bacterial infections in patients with a fever”, Breedveld says. “Later, the search for biomarkers of liver cancer and liver damage came our way.”

It was a professor from the Leiden University Medical Center who encouraged Breedveld to start working on liver damage. “Afterwards, I picked up the phone to find suitable partners for this project. One that could support in the bioinformatics, another to make the physical diagnostic test. In the end, I found a good connection with Omnigen and SG Papertronics. Both young companies that fit the way we work.”

In September 2020, the first steps could be made. The ultimate goal of the two-year project is to find biomarkers that can distinguish early stage liver cancer from severe liver damage. Master's student of Biopharmaceutical Sciences and Business Studies and intern at Levels Diagnostics, Joep Feijen, explains: "We hope to obtain a panel of several dozen proteins that can best demonstrate this distinction."

In current patients with liver damage, tumors can only be detected when they are one centimetre in diameter. “Twice a year, these patients come to the hospital for a screening”, Feijen says. “The doctor can use an MRI or a CT scan to see whether a tumour has formed. If we can develop a test based on biomarkers that can detect these tumors more quickly, the doctor can start treatment faster.”

“When the doctor finds a tumour, the question is always whether it can be removed by surgery or not”, Breedveld adds. “Obviously, when you cut the time into 6-month periods, there is a chance that a patient will develop liver cancer that cannot be removed surgically anymore. Conversely, if you're lucky, you catch it early. We want to make faster diagnoses with the test we have in mind and put an end to the complexity that comes with these screenings.”

Levels Diagnostics has devised two ways to identify the proteins in question. The first way works on the basis of public proteomics databases. These databases are filled with information about various proteins found in liver patients and healthy volunteers. Omnigen combined and compared this information, and now it's up to Levels Diagnostics to discover signals that indicate proteins as potential biomarkers.

“But the second way is the most interesting in my opinion”, Breedveld smiles. “Instead of taking existing data, we are going to collect data ourselves. We will measure 7500 proteins per patient from a Biobank population that we have requested from the hospital.” Feijen explains: “We can then compare the blood samples from patients with liver damage with those from liver cancer patients. To compare these, we will look at the difference in protein concentrations between the two groups.”

While Levels Diagnostics is looking for the biomarkers and Omnigen is providing the data analyses, SG Papertronics is developing the system behind the diagnostic test. “Each party has its own clear-cut expertise and that is what makes the collaboration so strong”, Breedveld says. “It is also important to maintain good relationships with the companies and institutions you work with. The warmer these relationships, the better the project will go.”

When the two years of the project have passed, the partners hope that the test has progressed as much as possible. “But once we have found biomarkers that can distinguish severe liver damage from early-stage liver cancer, these will of course still need to be validated in larger scientific studies. In the end, it remains to be seen how groundbreaking it will really be.”

Breedveld certainly has a clear picture of the future ahead of him. “You can compare it to a corona test. An easy self-test, but for liver cancer. Instead of a swab, you need a drop of blood. If the test indicates that a patient with liver damage has an increased risk of liver cancer, he or she must go to the hospital. These are distant visions of the future, but very hopeful ones.”

The OPERA: nOvel rapid livER Assay project is co-funded by a MIT R&D grant from the province Zuid-Holland. Curious about what else Levels Diagnostics does? Click here.